How Virtual Reality Can Be Used For Palliation, Allaying Anxiety, and Distraction Away from Pain

When a person is removed from his or her “comfort zone” or taken to an unfamiliar place that is unpredictable, the ancient, primitive “flight-or-fight” reflex engages.1 From an evolutionary standpoint, fear is a helpful partner, initiating this response which assigns what is at stake to the circumstances. Flight-or-fight can be both a proactive and a preemptive response of the autonomic nervous system that readies the body for retreat away from a perceived danger or preparation to stand one’s ground--physically, emotionally, and existentially. However, when such a reaction occurs with situations in which danger isn’t actually present, the emergence of anxiety and panic2 as a false alarm3 can lead to ineffective, inappropriate, and even harmful reactions. For example, if a person has panic attacks in an MRI machine, even though his/her brain clearly knows it won’t cause harm and actually will help in treatment for what might really harm him/her; therefore, the harm of such false alarms will be when it prevents a diagnosis against which to act.

It is in their best interests of physicians and that of their patients that an overly sensitive anxiety or panic reaction not sabotage diagnostic and therapeutic strategies. One way to address this counterproductive patient reaction, whether it be due to claustrophobia, fear of death, anticipation of pain during therapy, or social anxiety, is to desensitise the source of the autonomic reflexes that have now deteriorated into anxiety and panic. Virtual Reality (VR) is a direct approach4 because it directly engages the aberrant state of mind via

Virtual Reality and the Placebo Effect

The placebo effect is a psychobiological phenomenon that is the result of many different mechanisms, including the secretion of endogenous opioids and the neurotransmitter dopamine.6 The fact that it is based on a lie is irrelevant: a patient thinks he or she is getting a promised drug or therapy with expectations of a result. The fact that an emotional investment in the promise can render physiological responses underscores the connection between our physical and mental bodies.

VR, on the other hand, is not dishonest, but a masking of an unacceptable reality with expectations customised for the patient7--that is, it is honest on the front end. The difference between the untruth and being voluntarily misled is the suspension of disbelief, a time-honoured technique used in the arts (movies, books, TV). The human brain is each person’s universe;8 perception of the laws of physics—sight, hearing, touch, balance, etc.—and the associative integration of this data in the brain is what creates a unique universe for each of us. The collection of neurons and their interactions with each other makes each person’s ability to relate to their universes unique. When VR is used to sidestep a person’s inclination to perceive pain, to fear, to become anxious, or even to panic, it is because something better has willingly been found acceptable to replace it. Thus, it is not submitting to a lie, but partnering with a redesign of the brain via neuroplasticity.

Hence, it works. Without being duped. The downside to the “dishonest” placebo, besides it possibly being ineffective, is that once the truth is known, it can produce negative feelings such as resentment or shame, such feelings known to augment other negative feelings9 and thereby affect the physiology negatively the same way a successful placebo experience can affect the physiology positively. Swapping out universes via the immersion of virtual reality means the presentation can be altered and controlled unique for the problem being addressed.

Awareness of self in space and time is consciousness, and suspension of disbelief can be cultivated so that an illusory consciousness can be useful for the following:

VR has been shown to be effective for mitigating the subjective perception of pain, both acutely and chronic.10

VR has been shown to be effective in calming patients undergoing procedures within confined spaces.11 A VR “run-through” is excellent preparation for the actual experience.

VR has been shown to make chemotherapy and other lengthy, recurrent treatments more tolerable and seem shorter in duration.12

VRET has demonstrated a dose-response relationship in improving anxiety disorders.14

Cost. Because the hardware can be used repeatedly, the cost goes down the more it is used. As VR becomes established as adjunctive or substitute ways to treat many conditions, its use increases further, further lowering the cost. Since software uses distribution networks already connecting clinical and facility areas, no new infrastructure is needed.

Infection Control. A protocol that ensures 99% infection control compliance of the reusables has been established.15

VR offers adjunctive and possibly substitute therapy to conventional therapy for a variety of palliation and anxiety-related disorders, and it can be tweaked, intensified, simplified, and even administered for purposes of reinforcement of gains accomplished.

For more information on Virtual Reality and Palliative Care 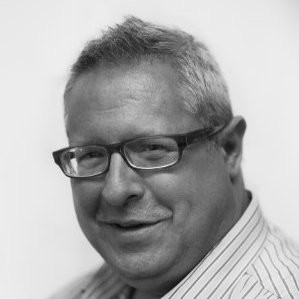 Phil Ashwell is Partnership Manager here at Rescape. He's always been a bit of tech geek, but is not much of a gamer; his era was much more Space Invaders and Mission Control (having a Atari 2600). There is nothing he loves more than introducing people to the DR.VR experiences, especially those who’ve never tried VR before. He is especially pleased to be able to work with DR.VR as he says "it really helps people, really helps them with pain, stress and anxiety, it’s amazing."